U by Moen™ shower 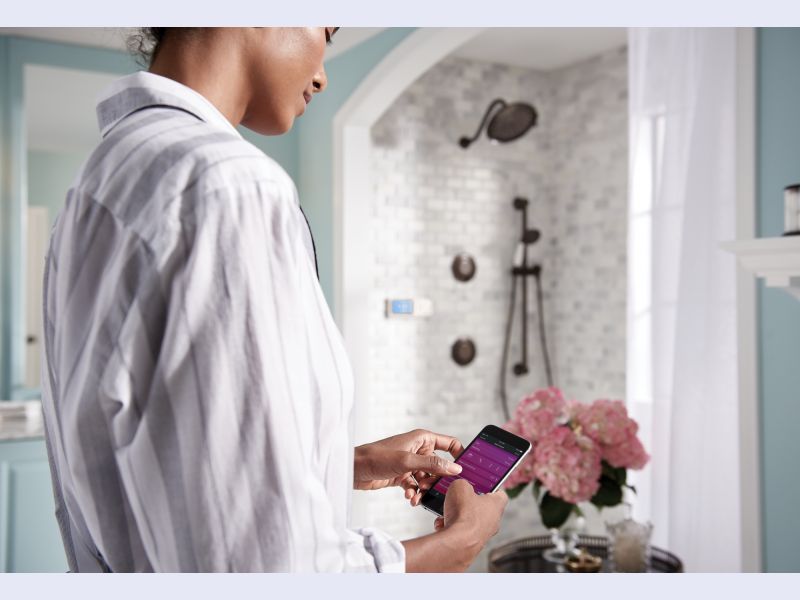 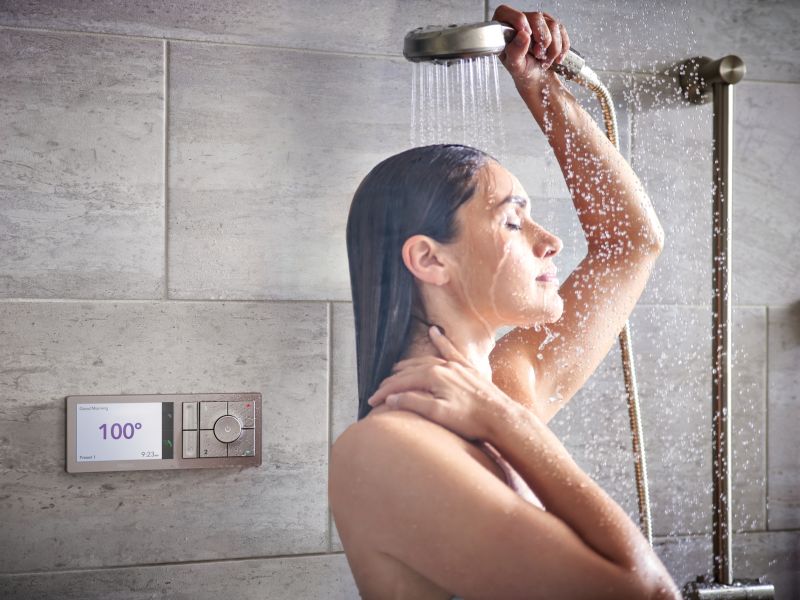 Previous Next
The home of the future is here today. Moen – the #1 faucet brand in North America – is revolutionizing the showering experience forever with the launch of U by Moen™ shower. This next-generation Wi-Fi/cloud-based digital shower offers mobile connectivity and unmatched personalization, providing homeowners countless ways to create their ideal showering experience with the push of a button.

“As consumers, our desire to be connected is growing every day. Whether it’s connectivity with our home heating and cooling, sound or lighting systems, technology is making it easier than ever to wirelessly control. At Moen, we thought – why not connected water? How can we improve the overall experience with water by adding the benefit of smart technology?” asks Andy Conroy, senior director, wholesale marketing, Moen. “This idea led Moen to create U by Moen shower. The integration of a personal device allows users to control their shower preferences, customizing everything from time to temperature. Need extra snooze time? Power on your shower from bed, and it will alert you when it’s ready. Have a teenager who lingers too long in the shower? The timer function will help keep them on schedule. This digital system addresses real-life quandaries and elevates users’ everyday experiences with water.”

How It Works:
The U by Moen shower includes a digital valve that offers precise, thermostatic temperature control, and enables the user to connect up to four shower devices (showerheads, handshowers, body sprays, etc.). The Wi-Fi-connected digital shower controller features a five-inch non-touch LCD screen that provides feedback on the shower status through on-screen messaging and notifications.

For users’ safety, the shower valve will allow temperatures between 60 and 120 degrees. As they change the water temperature, the color of the screen will evolve from light blue, dark blue, purple, orange and red indicating the system is warming up or cooling down to reach the desired water temperature. When the shower is ready, the screen will turn white, and provide an on-screen notification and signal with a tone. The controller itself has seven to nine buttons – depending on whether it's a two- or four-outlet system – enabling users to accurately control their shower experience.

The controller’s design is not only stylish, but it was created to provide users with the best of connected features and functionality, where they can customize their settings directly in the shower and save them with one of two preset buttons.

About the App:
The U by Moen smartphone app gives users the ability to create up to 12 personalized presets including name, greeting, outlets, temperature, shower timer and notifications. There's also the ability to have the shower pause at initial start-up once it reaches the desired temperature. Not only can users create their personalized shower from within the app, they can fully control the shower from their smartphone – turn on the shower with the push of a button, change temperature and turn outlets on and off. The app also allows users to customize system-wide settings such as the outlet icons, which Wi-Fi network the system is connected to, language and time zone. Security is an important aspect of any connected device, and Moen has thoughtfully designed the U by Moen shower to give consumers peace of mind that their connection is secure. The smartphone app is available as a free download from both the Apple App Store and Google Play Store.

Easy to Install:
“While consumers will appreciate the benefits of U by Moen shower; so will installers. The digital valve's compact design also makes their job easier; with a 30-foot data cable between the valve and controller, the location of the valve can be put wherever is most convenient for the plumber and homeowner,” Conroy adds. “There is even an optional battery backup for the valve, to provide peace of mind knowing if the power goes out while they are in the shower, the system will not shut off. The entire system has been thoughtfully designed with consumer personalization and the connected home in mind to provide their household with the perfect shower experience every time.”

The U by Moen shower offers
eco-friendly features like
precise temperature control,
a shower timer and a water
savings mode. The shower also
can be set to pause water flow
once it’s reached the desired
temperature, saving water until
you’re ready to bathe.

Featured product at Design & Construction Week 2017, as well as CES; under embargo until January