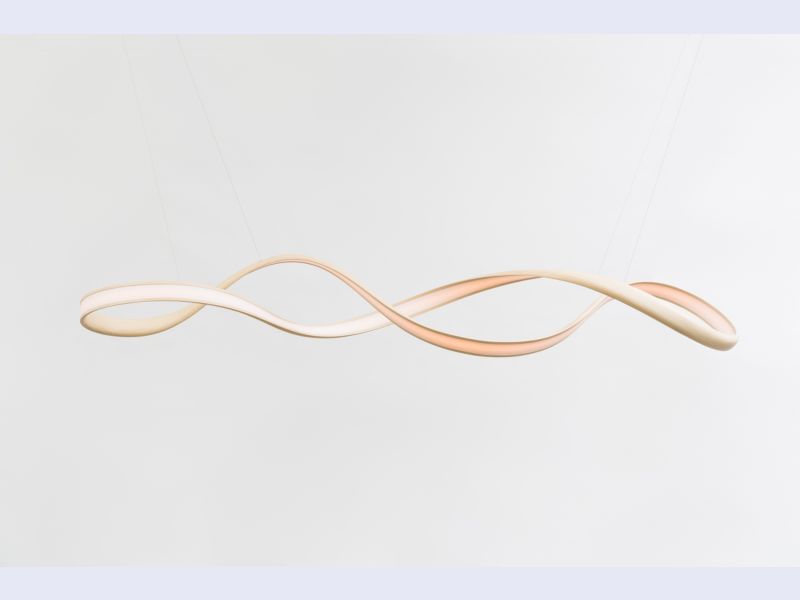 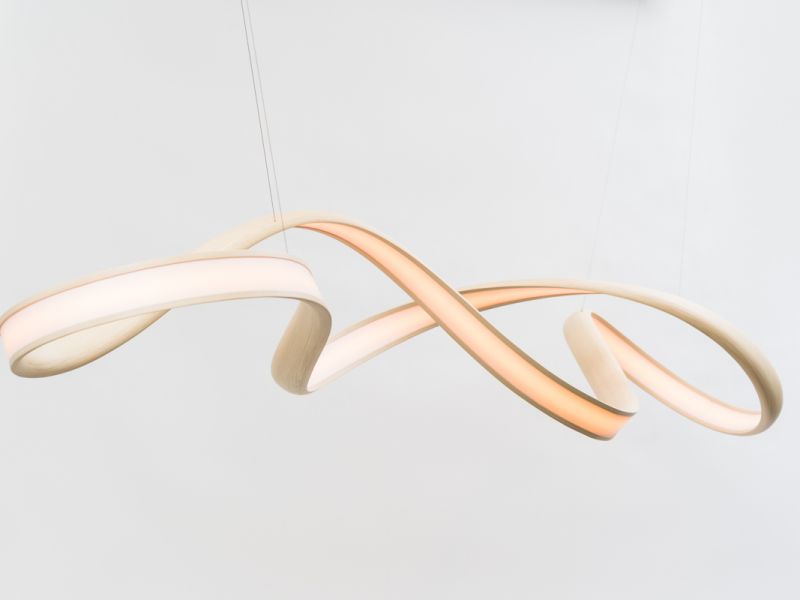 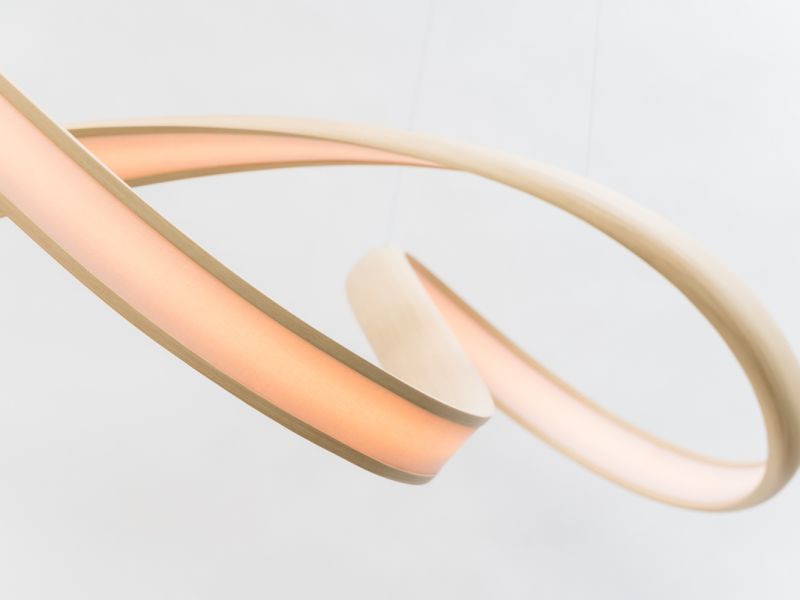 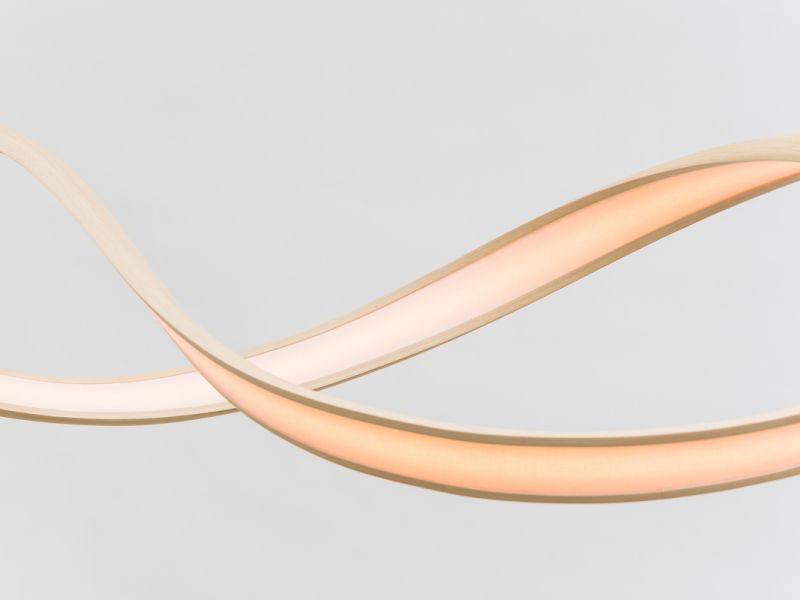 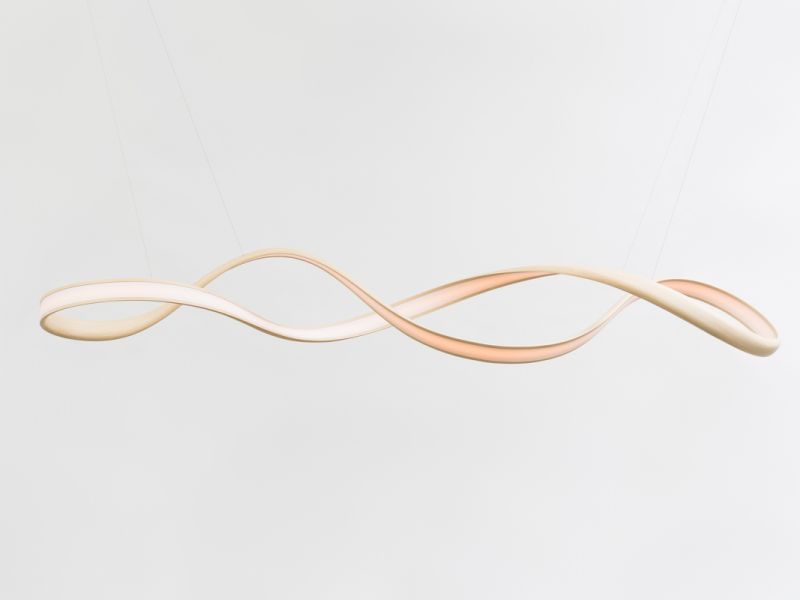 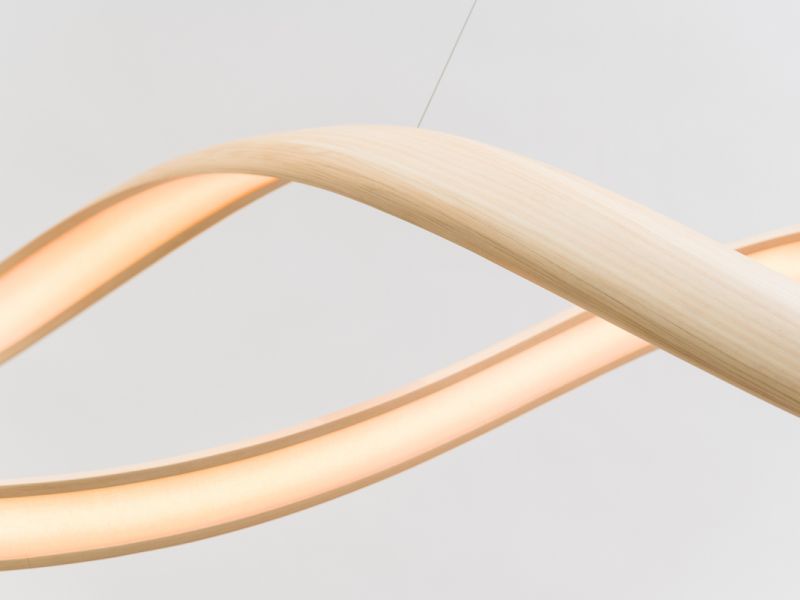 Procario’s sculptural lighting is composed of micro-laminated wood fused with LEDs. With a rough sketch in his mind, Procario freeform bends the wood into one of his signature undulating shapes. After months spent intentionally breaking wood—whether with a hydraulic press or simply his own strength—the designer gained a deep understanding of its structure and learned where to draw the line before hitting that breaking point. The process is a delicate one,“wood doesn’t always want to work with you when you are freeform bending so you have to work with it,” he says. “But I really enjoy that. Sometimes it takes you in new directions that would never have happened if everything was planned out. In this way, the artistic process becomes a collaboration between the artist and the wood’s respective personalities. The outcome is an organic, fluid design with a distinct sense of motion.

A growing list of high-end designers have begun including Procario’s large-scale commissions in both commercial and residential projects such as a monumental work installed in the lobby of the Kaufman Orginization’s Nelson Tower at 450 7th Avenue, in New York City. “These pieces use the same language,” says Procario. “But more space gives me more opportunity to play with the shapes.”

Procario’s works have been featured in the New York Times, Architectural Digest, Design Milk, Interior Design Magazine, and Luxe Magazine. In the summer of 2018, Procario was invited to produce a unique work for a multi-artist installation at Philip Johnson’s Glass House.