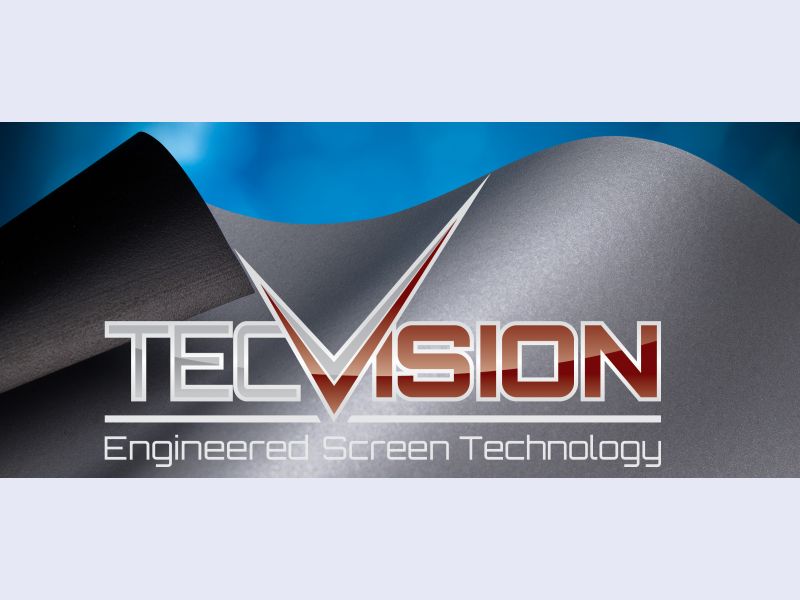 All eight TecVision surfaces are certified for color fidelity by the Imaging Science Foundation.

TecVision makes it easier than ever to “fine-tune” a screen to your room. In the past, a close fit was as good as a screen manufacturer could get, and often represented simply choosing the lesser of two evils. But with TecVision, a screen that combines the best of different surface attributes can be formulated, allowing the ultimate in fine-tuning.

TecVision surfaces are engineered for high contrast, precise resolution, color accuracy and the broadest possible viewing cone, and are 4K ready. Here are some specifics on the initial TecVision surface offerings:

XH700X Grey combines an extra wide viewing cone and high contrast, with an on-axis gain of 0.7. TecVision XH700X Grey is designed for blending applications on curved or flat screens where ambient light is present and is ISF certified.

MS1000X Grey has a moderate viewing cone, superior contrast, and on-axis gain of 1.0. MS1000X Grey performs very well in situations where moderate to high ambient light is present, and is ISF certified.

XT1100X White offers an extra wide viewing cone and typical contrast with an on-axis gain of 1.1 TecVision XT1100X White performs best when projector brightness and screen size mean that a minimal increase in gain is needed. Like all TecVision surfaces, XT1100X White offers superior quality and uniformity, and is also available as an acoustically transparent surface. ISF certified.

XT1300X White’s extra wide viewing cone, typical contrast, and on-axis gain of 1.3 helps it perform best where ambient light is controlled but projector brightness is slightly lower than desired, and is ISF certified.

XT1600X White has an extra wide viewing cone, typical contrast, and on-axis gain of 1.6. It also performs best where ambient light is controlled but projector brightness is moderately lower than desired, and is ISF certified.

Following the introduction of the first five surfaces, Draper introduced a sixth TecVision product, XT1000X White. This new surface offers a top line option for purists who want a 1.0 white screen, and its very low gloss means it is excellent for edge blending applications. XT1000X White has an extra wide viewing cone and typical contrast. This surface is a prime example of TecVision’s possibilities, and shows one of the ways the line stands head and shoulders above other screen surfaces. It was developed for a specific customer need. The customer wanted the TecVision XT1300X White, but with a 1.0 gain and a much lower gloss level for edge blending. Draper’s chemists got to work and engineered a new screen to this spec.

Varies with size and formulation.

Based in Spiceland, Indiana, Draper manufactures projection screens, AV mounts and structures, window shades, and gymnasium equipment. The family-owned and -operated business was founded in 1902 by Luther O. Draper and is owned and managed by his descendants. With locations in the United States, Sweden and United Kingdom, Draper ships products to dealers throughout the United States and more than 100 countries. To learn more about Draper, visit www.draperinc.com.