Giovanni Barbieri started his career at the age of 14 by operating in the marble sector as a go-getter. When he was 16 years old he was capable of completing independently floorings within his older brother’s business. In 1984, at the age of 18, Giovanni contributed 50% of the investment entering into business partnership with his brother by establishing F.LLI Barbieri. In those days the company had already begun to produce tumbled marbles for its own realizations. Subsequently, at the age of 22, Giovanni started to take classes for Interior Design by completing successfully 2 three-year-courses between 1989 and 1997. During that time the best results were achieved in the building site /projects in collaboration with the architects that were teaching the classes. These collaborations enhanced a period of strong progression in which Giovanni was the sole developer of the projects and the only supplier of marble tiles deriving exclusively from the Family Stone Business. He also personally realized and/or supervised every installation to ensure the satisfaction of the final customers. Later the Focus was laid on the production process of new products; initially for the local market then expanding all the way to the United States, thanks in particular to the excellent Design understanding in Research & Development as well as the marketing of his products through American distributors. Many patents have been developed towards the End of ‘90s such as decoration methods and those pertaining to industrial procedures. Without doubt the most important developments have been the Natural Stone Tiles surface finishing called “MARMO ANTICO LUCIDO” ; “FRAMENTI BORDERS COLLECTION” ; “TIMEWORN MARBLE” and the “SERIE STORICA”.Giovanni Barbieri gave a consistant support to Nancy Epstein in the beginning of Artistic Tile, in exclusive, for many years. The trade show booths which were explicitly designed and built between 1999 and 2002 were promptly sold to customers for their own new Showrooms. The succeeding show booths were each time improved in quality and aesthetic. Giovanni participated in some Contemporary Art Competitions receiving a special mention in Torino in 2003 by presenting some exclusive decorative panels, which were created in collaboration with Roberto Lanaro. In 2008 his new Creations of Products and Collections were well received, not only in the American Market. One of the best news in that year was surely “AMBRA COLLECTION” that had received one of the 2008 American Architecture awards through “Architectural Record” MAGAZINE which designated “AMBRA Collection” among ONE OF the 8 best 2008 construction products in USA. AMBRA COLLECTION was exposed at “Triennale Design Museum” in Milan for more than one year. In 2010 Giovanni started his successful collaboration with Sara Baldwin developing Timeworn Mosaics.Engineered 3D Marble Tiles Collections: Exciton/ Hive together the first Porcelain Tile Memento Collections are Honoree and Award Winner on Best Of Year INTERIOR DESIGN USA in 2013.Giovanni Barbieri has been a source of inspiration for many renowned brands and competitors resulting in the successful reproduction of his Inventions and Techniques. 2014 is London Surface Design Award Winner with Carved Collection "Clas" on Belgium project .2015 is the Year of Murano Collection, Award Winner at Best Of Year INTERIOR DESIGN, NYC, USA.2016 the most advangarde 3D wall Collection become real finally thanks Stone Source USA where the world's First 3D Porcellain Tile Collection " TRILOGY" is Award Winner at Best Of Year INTERIOR DESIGN, in USA and New York City Design Award on last May 20th 2017 at MoMa in NYC. 2017 giving start to new cooperation with other 3D walls manufacturer between Europe and USA. "- RR- Collection " is the latest one creation also. Giovanni Barbieri design and products are just introduced in Dubai , India and USA by new selected enthusiast partners.August finally after long time R & D giving born to "Sophisticated Simplicity" a true revolutionary avant-garde way to create patterns simply using standard tiles obtaining always sophisticated different shapes and consequently unique aesthetic result.2018 start cooperation with SAXA Gres , the world first circular economy porcelain tile factory on high thicknesses and ARTO in California where the real powerful result will be introduced in 2019 after won an honoree award at last Best Of Year Interior Design event with the new SQUAR Paneling Collection.2019 signed the introduction of SQUAR tiles collection version nominated 1 of 8 Best Surfacing Products of 2019 by ARCHITECTURAL RECORD, 11 years after won the same award with the glorious Ambra Collection.Interior Design honoree award at last BEST of YEAR NYC cerimony has been received also with SQUAR tiles and KLE Collection . Few project in Baja del Sur California NOBU Resort , India and Italy was successfully completed.In 2020 one of the most superb ever Murano Collection project was delivered in Dubai after 4 years negotiations and 6 months to produce.A Triface 3D tile in large scale has been installed in Dubai Marina Gate residence main hall together a spectacular book-match high selected Statuario Marble slabs.Family lounge floor with handmade metal inlays was delivered to Middle east : for sure one of the most exciting project design service in natural stone for floor. Sampling and design for this project start in May 2016 and delivered after 5 years negotiations."The Fine Lines Collection" is Honoree Awarded at last New York City Design Awards.Giovanni Barbieri is the most Awarded Designer on tiles and stone design sector, worldwide. 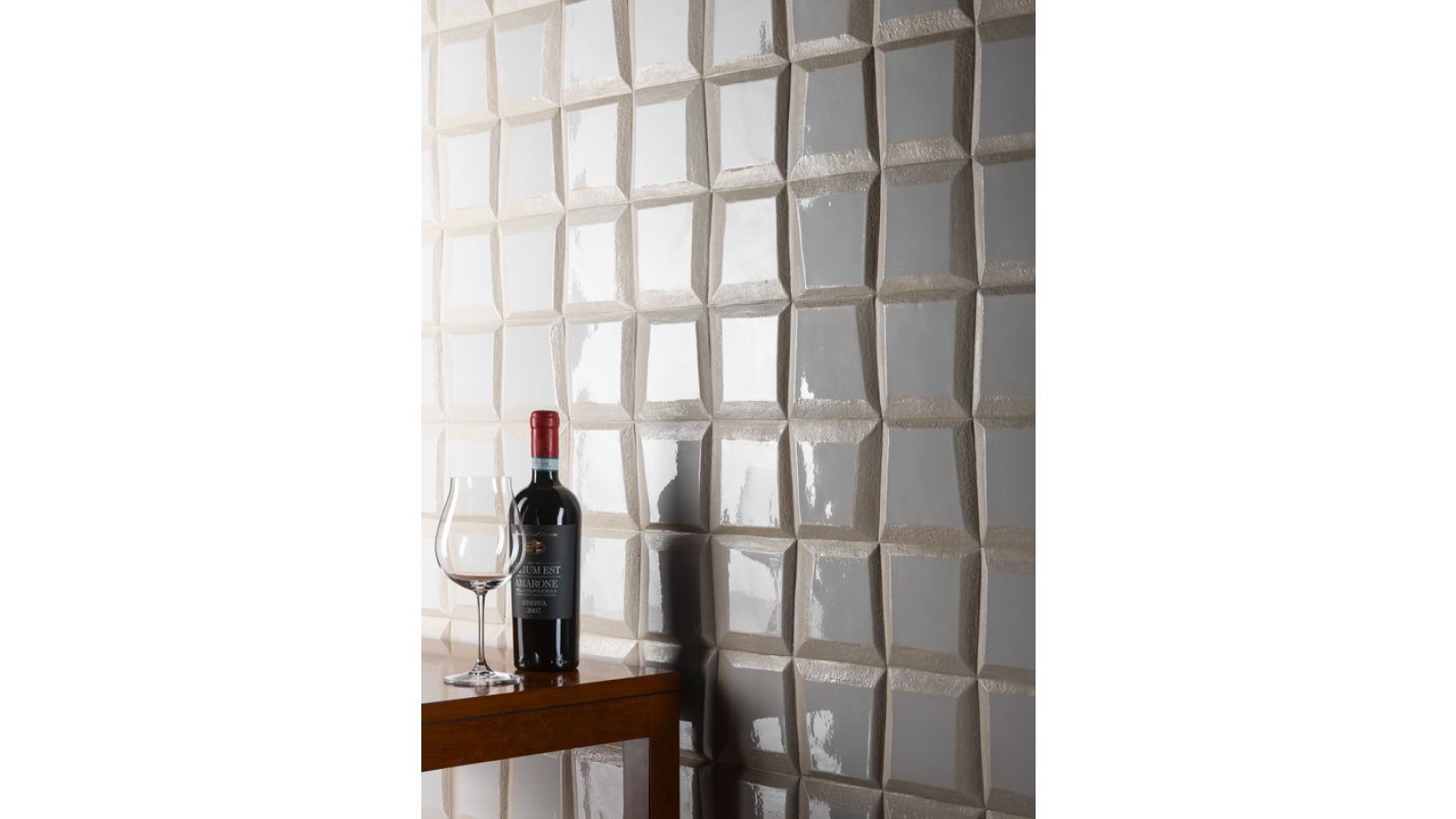